Founded in 1985, by Diana Mahabir Wyatt and Radhica Saith, CADV is a registered charity whose members are domestic violence (DV) shelters, children’s homes, and other organizations and individuals working to end all forms of gender-based violence (which includes child and elder abuse).

Over three decades later, CADV has successfully built partnerships among local civil society organizations, the private sector, the governmental sector, the justice system, and other non-governmental agencies that are involved in responding to and preventing violence against women.

We are committed to advocating for responses and policies that protect against and prevent all forms of domestic violence. The Coalition receives funding from private individuals, the corporate sector, philanthropic organizations and international organizations in order to deliver its programmes.

- Building and maintaining solidarity networks with NGOs and CBOs to ensure consistent and coordinated dialogue and feedback to those state agencies responsible for the effective delivery of prevention, protection, and other services in response to family violence.

5. Goshen House and Vision of Hope

15. The Rape Crisis Society of Trinidad and Tobago

17. T&T Coalition for the Rights of the Child

In February of 2019, a CADV delegation met with Chief Justice Ivor Archie to discuss improvements to the justice system for victims of domestic violence. This delegation comprised Roberta Clarke (President of CADV), Lynette Seeberan-Suite (Chair, Equal Opportunity Commission), Donielle Jones (Attorney at Law), Carolyn Fifi (CADV Director), Onika Mars (Women of Substance, Tobago), and Sabrina Mowlah-Baksh (GM, CADV). The delegation pointed to improvements needed in the administration of justice. Concerns about the majority of applications for protection orders not resulting in actual protection orders was discussed. Weaknesses were attributed to inadequate budgeting, lack of information or awareness on the part of victims and their families, inadequate responsiveness on the part of an over-taxed administration of justice, inaccessibility of the court system in some areas, lack of trust in the justice system as well as a pervasive culture of acceptance or indifference to gender-based violence against women. The CADV proposed a review of the implementation of the Domestic Violence Act as a measure to strengthen its evidence-based law and policy advocacy to improve the state response to domestic violence. This review would allow for an examination of the ways in which domestic violence applications are received and resolved by the courts. This review is seen as a foundation for informing improvements in all aspects of women’s access to justice, victim safety, and perpetrator accountability. It could also guide capacity development of the judiciary, court personnel, social services, and police to improve the efficiency of the administration of justice in Gender-Based Violence cases.

Cognizant of the impact of the Non-Profit Organisations Bill (2019) on civil society and non-profit organizations, the CADV worked with an alliance of NGOs to review and inform the contents of the legislation. Because the legislation sought to regulate the NGO sector, CADV joined other NGOs to demand time to consider, review and make inputs mindful of the caution of the UN Human Rights Council Resolution (A/HRC/38/L.17) that legislation should not hinder the work of civil society actors nor undermine their capacity to solicit, receive and utilize resources for their work. As a result of solidarity amongst NGOs, the Act was passed with the NGO inputs being taken into account to reduce the onerous reporting obligations while strengthening the guidance

on the accountable financial management of the NGO sector.

On September 6th, 2019, a Domestic Violence Workplace Policy was launched as a collaborative effort between the Crime and Justice Committee of the Trinidad & Tobago Chamber of Commerce and the CADV. This partnership commenced in late 2018 with the aim of guiding businesses to develop systems in their own organizations to address the experiences of harm and insecurity that follows both victims and perpetrators in the workplace. The intent of this policy is two-fold, to signal to employees that companies will be safe spaces to disclose confidentially and seek support and gives companies a range of immediate assistance and support to victims of violence. The development of this policy is only but the first step.  Companies will now have the responsibility to endorse, adopt and implement. As such, the next phase includes outreach to companies across the diversity of the business sector nationally to ensure that proper sensitization occurs. Comprehensive workplace training on domestic violence and the policy itself will ensure that the responsibilities of both employers and employees are understood. A number of leading companies such as Ansa McAl, Imjin Security Limited, Massy Holdings, L.I.F.E. Programme – Massy, Massy Motors, Regency Recruitment and the Trinidad and Tobago Chamber of Commerce have pledged support for the Policy.

On Wednesday, November 13, 2019, the Coalition against Domestic Violence was invited to participate in a Joint Select Committee (JSC) convened by the Attorney General, the Honourable Faris Al-Rawi, representatives of the Office of the Prime Minister, the Ministry of Labour and Small Enterprise Development, and several other NGOs. The JSC which focused on human rights, equality and diversity was established to draft legislation on Sexual Harassment.

Guided by the inputs of other NGOs, a number of recommendations were made:

– The Bill should address the range of spaces where sexual harassment occurs, not just limited to employment relations; e.g. accommodation, educational institutions, in the provision of goods and services, and in institutions (as is included in the CARICOM Model). Also sexual harassment in public transportation.

– The draft should define sexual harassment as sex and gender discrimination.

– The definition of SH should stay away from concepts of unreasonableness. The international best <BR> practice is that sexual harassment (in its elements) is unwanted and unwelcome words, conduct, circumstances, etc.

– The CARICOM Model will be closely considered as will the laws from Barbados and countries like New Zealand.

– The Act should be clear that words and conduct constitute harassment not only because it is conduct that is outside of what is appropriate and required for the functioning of a workplace but especially because it is unwelcome and unwanted.

– The Act should apply to all persons, without discrimination.

– Stand-alone act is preferable with remedies through Industrial Court or EOC/EOT as appropriate.

– The Act (gender-neutral) would apply to all persons without exception. In this regard, there was some  discussion on how certain categories of workers will be supported and protected against reprisals.

– Whistleblower protection to be included.

– The duties of employers should be outlined

CADV has a YouTube channel and social media presence. Through these spaces, we disseminate the prevention of gender-based violence messages for attitudinal and behaviour change. Outreach materials include:

The CADV Board of Directors is a distinguished group of leaders and activists who are committed to advancing CADV’s mission to end all forms of gender-based violence in Trinidad and Tobago. 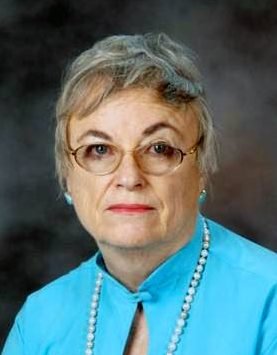 Ms. Diana Mahabir-Wyatt is one of the founders of CADV. She is the Chair of the Caribbean Centre for Human Rights. She has advocated for equality for girls in primary and secondary school, marched against racism and war in university. She was an independent Member of the Senate of Trinidad & Tobago for nine years mainly dealing with Industrial Relations and Social Development Legislation. 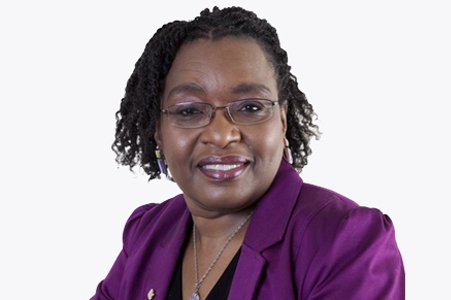 Dr. Rhoda Reddock is Emerita Professor of Gender, Social Change, and Development at The University of the West Indies, St. Augustine campus. She also served as Deputy Principal and first head of the Institute for Gender and Development Studies. Active in the national and Caribbean Women’s Movement and other social causes, she was the recipient of the Triennial CARICOM Award for Women in 2002 and is currently an elected expert on the UN CEDAW Committee. 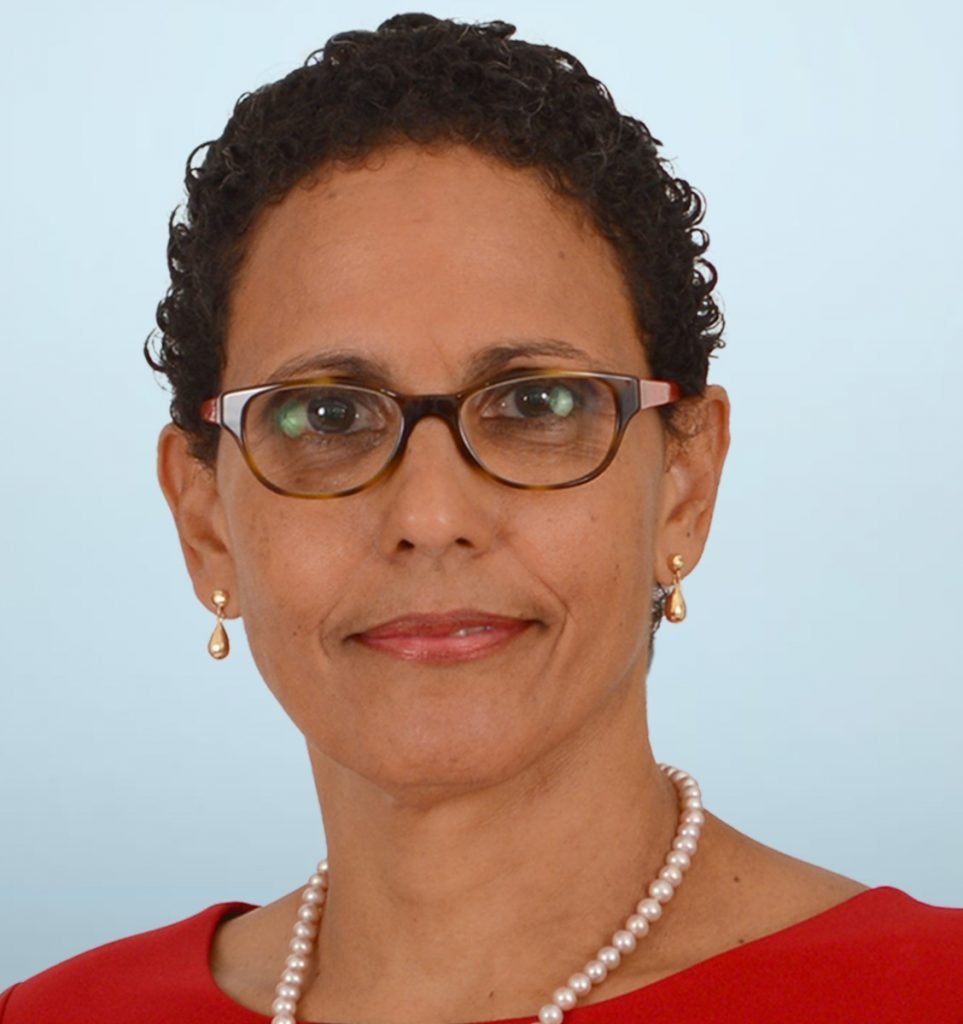 Ms. Roberta Clarke is a human rights and social justice practitioner and advocate. Currently, she is the Officer in Charge for the UN Women Regional Office for East and Southern Africa. She has held similar positions for UN Women offices in Libya, Asia and the Pacific Regional Office, and in the Caribbean. She is a lawyer with post-graduate qualifications in sociology and international human rights law. 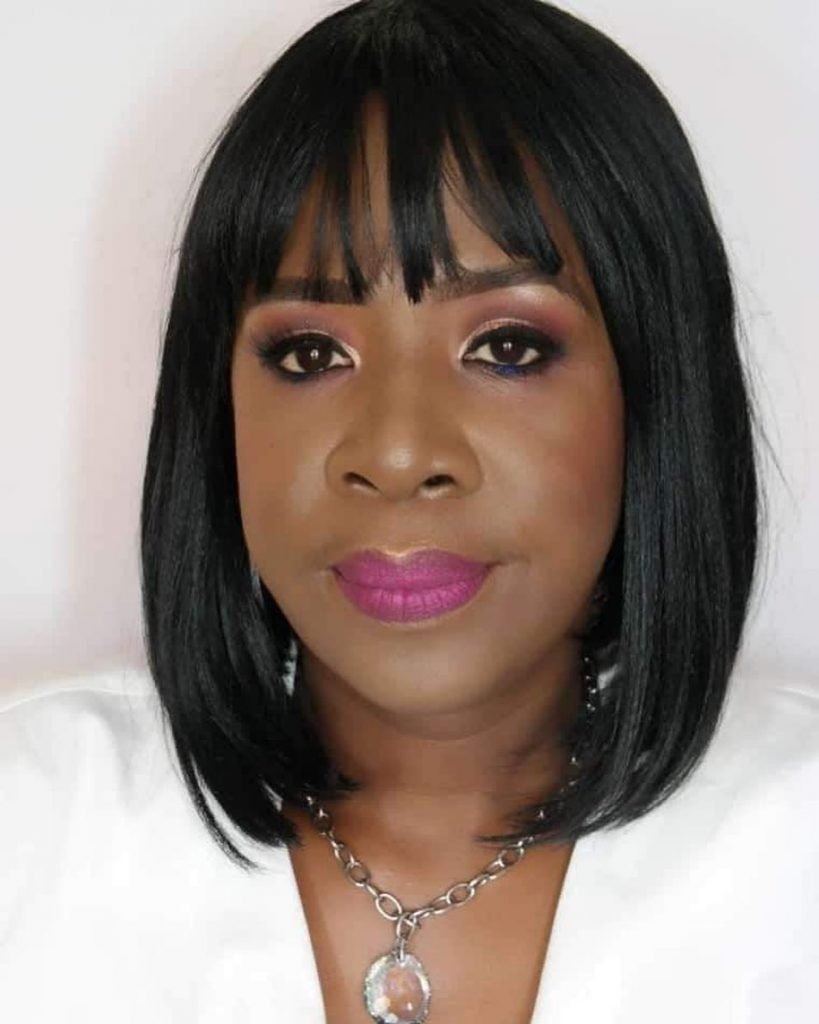 Ms. Onika Mars is the founder and President of the Tobago-based NGO Women of Substance. In 2019 she was awarded the Medal for the Development of Women (Gold), which is given for outstanding contribution to the development of women’s rights and issues. Her organization helps victims of domestic violence and other abuse victims, and partners with stakeholders to raise awareness about the prevention of domestic violence. 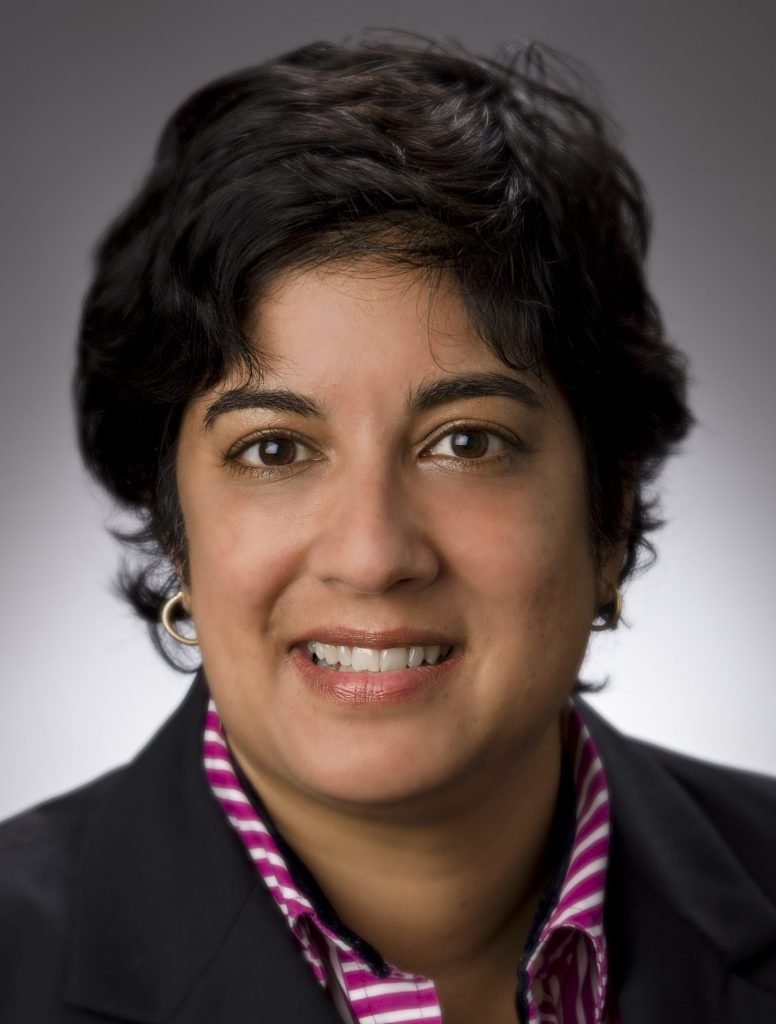 Ms. Reshma Saith is an Attorney at Law and specialist legal consultant with a focus on construction law. She holds a B.A and M.B.A, and has a worked for over 20 years both locally and internationally in heavy industry including Petrochemicals, Oil & Gas and Steel. Her areas of expertise span several disciplines including, contracts and procurement, marketing, commercial law, project management, and corporate social responsibility. 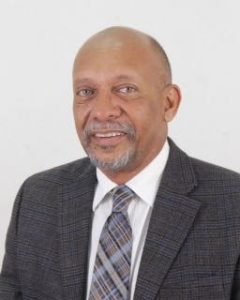 Dr. Peter Weller is a Consultant Community and Clinical Psychologist) and a former Lecturer in the Faculty of Medical Sciences at The University of the West Indies. He is a founder of the Caribbean Male Action Network which engages men in promoting Gender Equality and Social Justice. He sits on the Council of Presidents and Elders of the Caribbean Alliance of National Psychological Associations (CANPA) and Co-Chairs of CANPA’s regional Disaster Mental Health Committee. He now practices as a Behavior Change consultant and a psychotherapist. 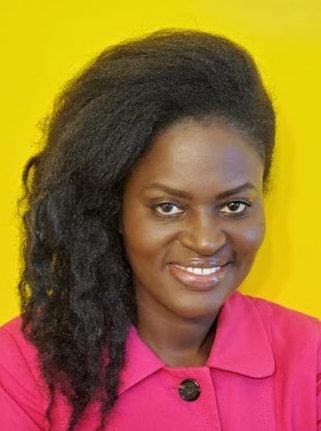 Ms. Lebrechtta Nana Oye Hesse-Bayne is the Founder and Executive Director of Shidaa Sustainable Development Solutions Ltd. (SSDS). She is a Social Economist and Gender Expert with twenty-four years of international experience, working with Governments, International Organizations, Development Banks, and NGOs in the Caribbean, Africa, United Kingdom, and the Americas. Nana currently serves as the Regional Board Coordinator / Secretary for the Caribbean Institute of Women in Leadership (CIWiL) and a Board member for Mrytle’s Place, a domestic violence shelter in Trinidad and Tobago. 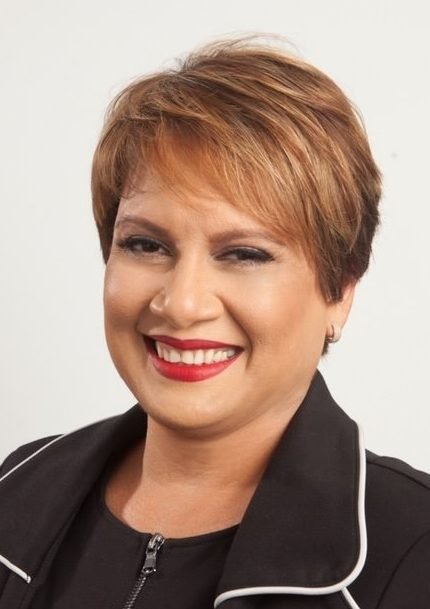 Ms. Genevieve Jodhan is the founder and principal consultant at Genexx Strategic Business Consulting Limited. She spent 11+ years at Angostura, where she moved through five Executive appointments, from Supply Chain Operations to international sales, marketing, and business development, and finally in 2017 to be the first female Chief Executive Officer. Prior to joining Angostura in 2007, Genevieve was an independent supply chain management consultant for 10 years, working in marketing and logistics in the Petrochemical sector and distribution in Trinidad and Tobago. 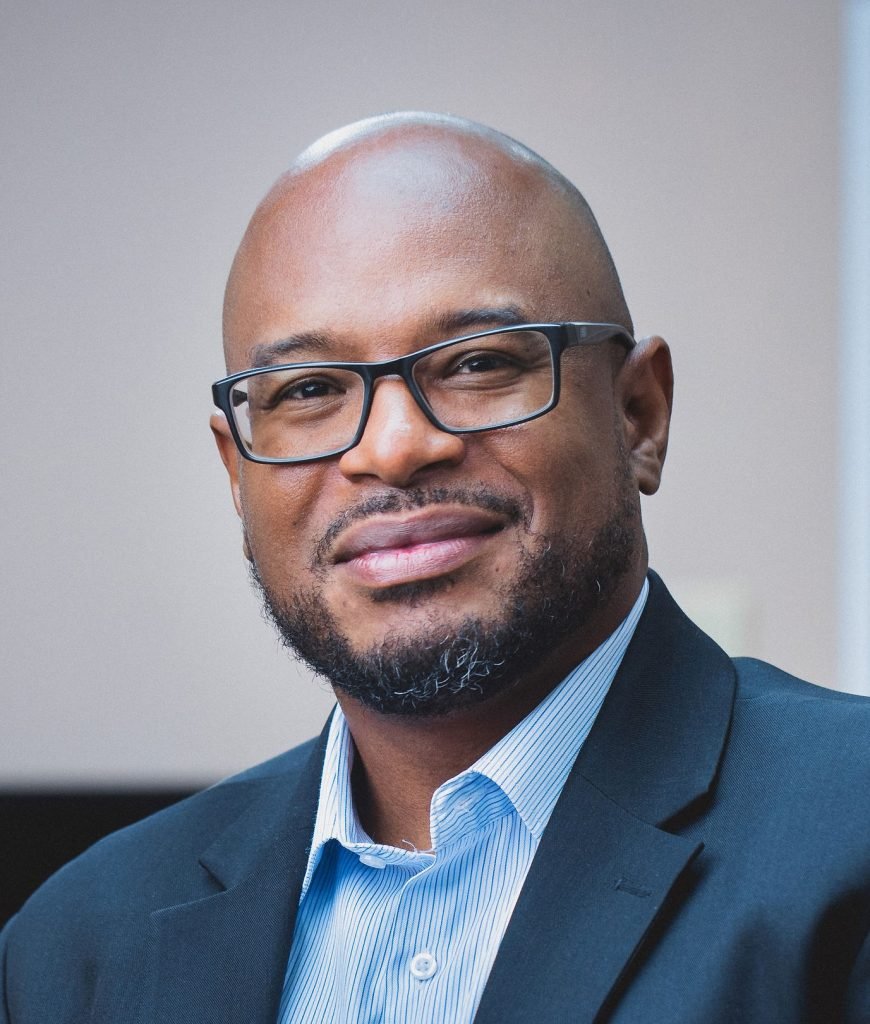 Mr. Kevin Liverpool is a practitioner in the field of men and masculinities and an advocate for gender equality. Currently, Kevin is the Administrator of the Caribbean Male Action Network (CariMAN). He is also the founder of the Fatherhood Resource Centre, and a member of the Civil Society Regional Reference Group of the Spotlight Initiative, the Violence Prevention Alliance Regional Think Tank, and the Committee on Sustainable Community Development (CSCD) of the National Policy on Sustainable Community Development. 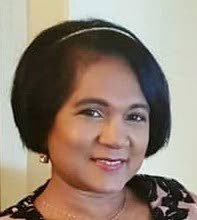 Ms. Sabrina Mowlah-Baksh holds an MSc. Gender and Development Studies, from the University of the West Indies. She is a former Deputy Mayor of San Fernando and Deputy Programme Director of the Community Development Fund. She was the recipient of the Women’s Peacemaker 2017 Visiting Scholar award at the Joan B. Kroc Institute of Peace and Justice, University of San Diego.